In 1937, noted California artist Milford Zornes created a mural at the Claremont Post Office funded by the Federal WPA Program under the New Deal. The mural is an oil on canvas and wraps around the entire upper portion of the four walls of the Post Office – the size being 58’ x 3’4”. The mural, titled “California Landscape” tells the history of the Claremont, California area. The mural depicts the view of the area from four directions – north toward the mountains, west toward the citrus groves, south toward the farms and east toward the colleges.

In letters found among the papers of Milford Zornes there was correspondence from artist and WPA Administrator George Biddle regarding some disagreement with the WPA Administration as to the placement of the mural which they wanted to be on one wall. Eventually Zornes was able to accomplish the project as he had proposed with help from noted artist Millard Sheets who was serving as a Regional WPA official at the time, explaining that the artist would be more knowledgeable as to the best placing of the mural.

The mural remains an art treasure in Claremont, viewed by all who look up while in the Post Office. 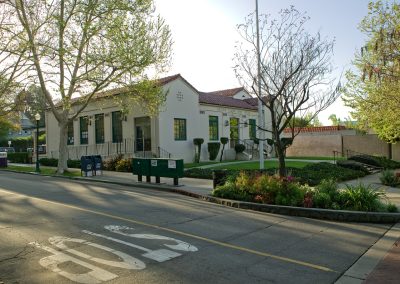 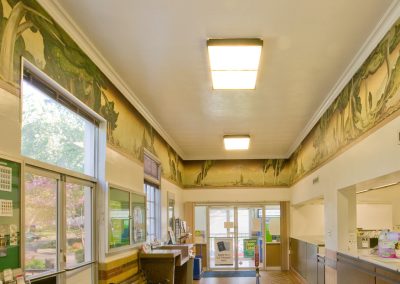 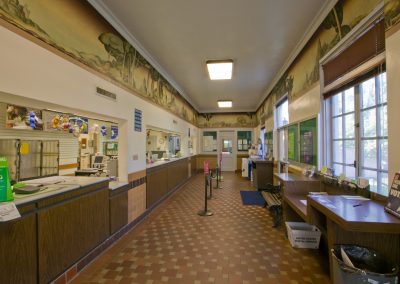 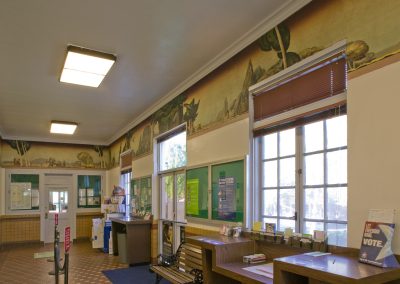 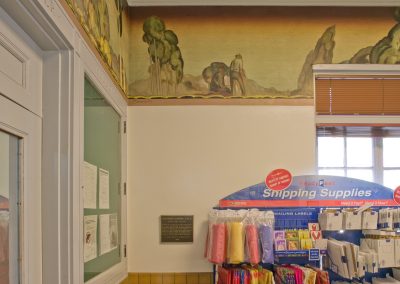 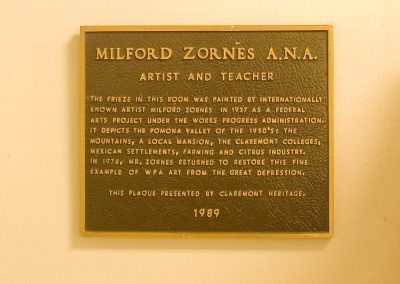 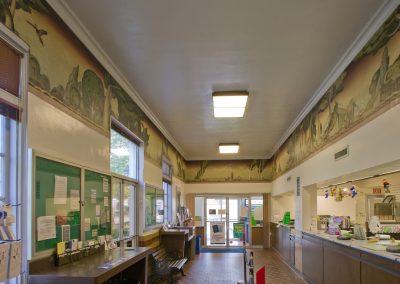 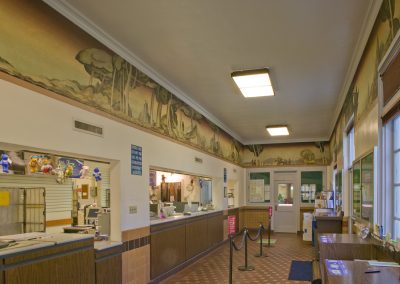 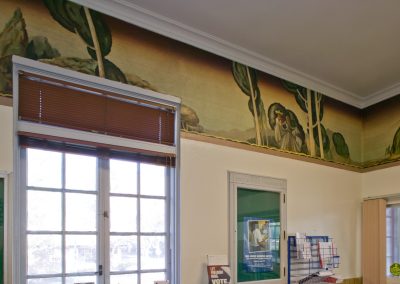